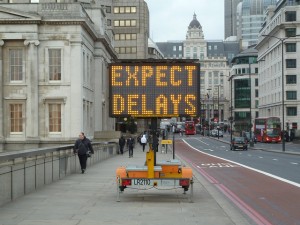 The average number of days it has taken a lender to foreclose in Florida has been estimated at almost 900 days!  In many of these cases the borrower has defaulted in the lawsuit or has otherwise abandoned the property, so responsibility for this delay has often rested with the lender.

Why would a lender purposely delay obtaining an uncontested judgment?  For one, the lenders have been happy to postpone recognizing the loss on their books.  Lenders have also been adverse to the possibility of taking title without a purchaser ready to assume the responsibilities of ownership.  These responsibilities include maintenance and upkeep expenses, tax and insurance liability, but most notably as to associations, the obligation to pay not only a portion of prior assessments, but also the ongoing obligation to pay future assessments until the property is sold.

Facing these liabilities, the orchestrated inertia that has permeated in lender foreclosures is certainly understandable.  Delay is beneficial for the lenders because it allows them to move their cases at their own pace and avoid liabilities they are not prepared to take on.  Delay is also beneficial to the borrowers as they receive the gift of an extended reprieve which often equates to months (and sometimes years) of rent free living.  Who does the delay hurt?  The associations, which have continued to bleed assessments as lender foreclosures crawl towards finality.  While some association attorneys, including me, have taken proactive measures to prod these cases along, it certainly helps to have more tools at our disposal.

Enter the new speedy foreclosure bill, HB 87, that was just recently signed into law by Governor Rick Scott.  Amongst other things, it provides associations with statutory leverage to push uncontested lender foreclosures towards completion.  Previously the law allowed only the lender to seek what is called an “order to show cause” where the borrower would have limited time to show cause as to why a final judgment should not be entered.  If the borrower failed to show such cause or otherwise failed to participate in the proceeding, a final judgment of foreclosure would be entered without the need for further litigation.  Of course, with the overarching culture of delay, this tool was seldom used by lenders.  With the new speedy foreclosure law,  this right has been extended to associations and now they too can force the borrower to show cause as to why a judgment of foreclosure should not be entered against them in the lender’s case.

While HB 87 should facilitate the movement of uncontested lender foreclosures towards a quick resolution, it is important to realize that many lenders may decide to stall even the filing of their actions since they have now lost a degree of control.  Although this new law is certainly a beneficial development for associations, as the sign above suggests it will remain an inevitability to “Expect Delays”.